द्वारा लिखित kldelhi August 27, 2020 120 बार देखा गया
“There isn’t one particular case that I could pick out,” said Kavita Bundelkhandi, over the phone from Banda, Uttar Pradesh. Khabar Lahariya’s editor-in-chief has covered so many rape cases over the years, yet each one feels like it deserves consideration. “I see them unfolding like scenes of a film,” she elaborated. “But there are some that constantly come before my eyes. Especially the ones that involve small children.” There was one case, in Kalinjar, where a five-year-old came home bleeding from a neighbour’s house. “We had actually gone to report 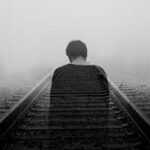 Episode 20: The Dream of a Separate Bundelkhand